What is the Best Solar Inverter in Brisbane?

Are you interested in investing in solar power in Brisbane? Then it is high time to go ahead. Solar panels Gold Coast are gaining lots of attention, especially due to the amazing rebates that are available for people. You will never regret the decision that you take to get a solar power system in Brisbane. It will deliver amazing returns to you in the long run. However, Selecting the best solar inverter defines the success of your solar installation. With our expertise & experience, we can help you to choose an inverter that fits your needs. This is an overwhelming decision for most people since there are multiple solar inverters available. That’s why we thought of helping you by reviewing three of the best solar inverters available out there.

If you are keen to invest in solar Gold Coast, all you have to do is to get one of these inverters. 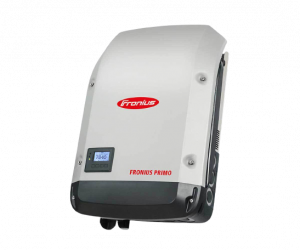 Fronius solar inverters have been quite popular among people for the past 9 years. In fact, they were able to disrupt the solar energy generation industry by releasing an innovative inverter back in the year 2012. Fronius is an Austrian brand. Under the brand, you can get inverters for both residential as well as commercial use. When it comes to reliability and performance, Fronius is holding a prominent place. On top of that, you are receiving excellent support from the service team as well. One of the most impressive features that you can see in Fronius inverters is the presence of an active cooling system. If you want to use your solar system in Brisbane without an issue for many years, you will find this feature useful. In fact, it is one of the main reasons why Fronius is providing you with a 10-year warranty period as well. In other words, the active cooling system improves both performance and reliability of the solar inverter. Without a doubt, this is one of the best solar inverters in Brisbane.

There is an integrated DC isolator present in this solar inverter as well. On top of that, you can find a unique design, which can make your life easy as you go ahead with installation or servicing. Due to the same reason, solar installers of the Sunshine Coast prefer to work with Fronius inverters as well. Along with the latest Fronius solar inverters, you can gain access to a Wi-Fi monitoring system as well. This will help you to keep your eyes on the solar system Gold Coast at all times. In other words, you can see how your solar panels are generating energy and how you consume generated energy. This is an easy-to-use app, and you will never come across any challenges while using it. Sungrow is one of the oldest solar inverter manufacturers out there in the world. In fact, the brand established manufacturing solar inverters in the year 1997. They offer a variety of residential solar inverters to the market as of now. These inverters are quite popular among solar systems in Brisbane. One of the biggest reasons behind the popularity of Sungrow inverters is the price tag. You can get some excellent features at an affordable price tag. Moreover, Sungrow is maintaining a strong reputation for reliability as well. The brand also has a good reputation for quality and service. There is a regional office of Sungrow located in Sydney. Hence, solar installers in Sunshine Coast can receive local support as they go ahead with installations. This also is among the best solar inverters in Brisbane.

An outstanding product offered by Sungrow is the hybrid solar inverter. This is among the most affordable hybrid inverters available for purchase in the market. It comes to you with integrated backup, which powers the most basic loads at the time of a blackout. Sungrow provides Wi-Fi monitoring along with its solar inverters. You can get this feature with all the new solar inverters available for purchase under the brand. You just need to access iSolarCloud, which is the cloud monitoring portal of Sungrow to get a better view of how your solar system is functioning. It has a simple and an easy to use interface, which provides all information that you need to know promptly. 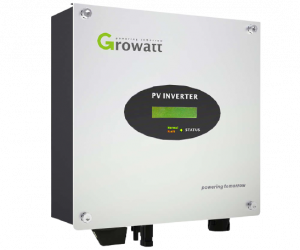 GoodWe is a solar inverter manufacturer in China, which is quite popular in Australia as of now. A considerable percentage of solar panel installers of Gold Coast recommend GoodWe as well. The company started its operations back in the year 2010, and it is maintaining a strong reputation for offering both residential and commercial solar inverters. You can get simple solar inverters under the GoodWe brand. They come along with an LCD display, which provides convenient readings on how the entire system is functioning. However, you can also discover a large number of high-performance and premium range solar inverters available under the brand. Hence, people who want to get both residential and commercial solar inverters may take a look at the GoodWe brand.

GoodWe recently started offering hybrid solar inverters for homeowners in need. These hybrid inverters come along with exclusive battery systems. Out of them, the ES Series Hybrid Inverter is holding a prominent place. It is one of the best regulated hybrid solar inverters available for purchase in the market as of now. All GoodWe solar inverters come along with Wi-Fi monitoring. It is a standard feature that comes with the inverters. The GoodWe SEMS Monitoring Portal will help you to get detailed reports about solar energy generation. Moreover, you can get a comprehensive warranty of 10 years for the inverters. If you wish to extend the lifetime up to 25 years, you can do it as well.

These are three of the best solar inverters in Brisbane. You can cross-compare and settle down with the best brand out of them. if you have any doubts, it is better to have a discussion with your solar panel installer.

Get a Free Quote Now

You can find out more about which cookies we are using or switch them off in settings.

Open chat
Chat with us for a Quick Quote
Scan the code
Hi! Please click/tap on "Open Chat" button to contact us in Whatsapp for a quick quote now!

This website uses cookies so that we can provide you with the best user experience possible. Cookie information is stored in your browser and performs functions such as recognising you when you return to our website and helping our team to understand which sections of the website you find most interesting and useful.

Strictly Necessary Cookie should be enabled at all times so that we can save your preferences for cookie settings.

If you disable this cookie, we will not be able to save your preferences. This means that every time you visit this website you will need to enable or disable cookies again.